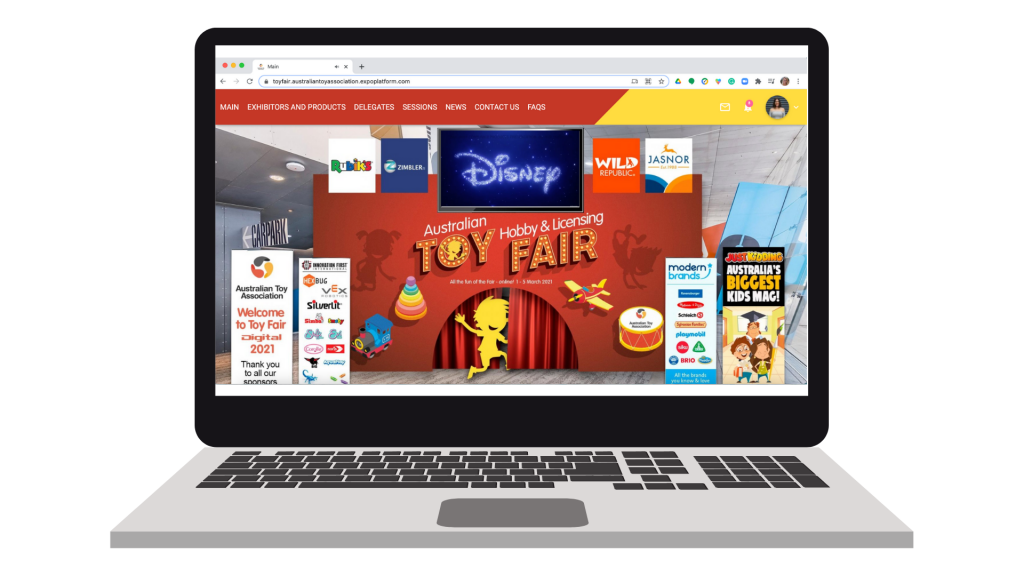 The brief:
Provide a customised platform for the Australian Toy Association to deliver their flagship annual exhibition virtually for the first time in the event’s more than 20-year history.

“It was a very new concept to us…as organisers. None of us had ever done or even visited a digital event,” says Georgina Kritsilidis, the Association’s event manager.

The Association didn’t want to exactly replicate the physical event, but it was important that they provided a platform for the industry to come together and connect.

“We couldn’t leave the industry without a toy fair for that year…pretty much everyone in the industry blocks out a whole week for Toy Fair. They know it’s on so they’re expecting something. We couldn’t have nothing.”

The solution:
Sprintr customised ExpoPlatform for the Australian Toy Association so they could deliver an event with a look and feel that gave exhibitors and attendees a sense of familiarity, including replicating the show’s iconic physical entrance arch in the virtual event’s digital lobby.

The platform also provided AI matchmaking between the 73 exhibitors and more than 2,000 buyers, to deliver leads to exhibitors that prize quality over quantity.

“Instead of three thousand people milling about you for morning tea and they may or may not be your audience, you’re actually getting people to your booth that matter, so [they’re] worth more,” explains Rowena Bale, Sprintr Production Manager.

The choice of platform also ensured buyers and sellers could come together with minimum effort – rather than walking a show floor to find each other, virtual meetings are just a few clicks away. In addition, the virtual environment allowed exhibitors to give tours of their showrooms in a way that wouldn’t have been possible at a physical event.

“The ability to monetise the platform overall is a huge drawcard – something that you can’t really replicate in the same way in a physical space,” he says. 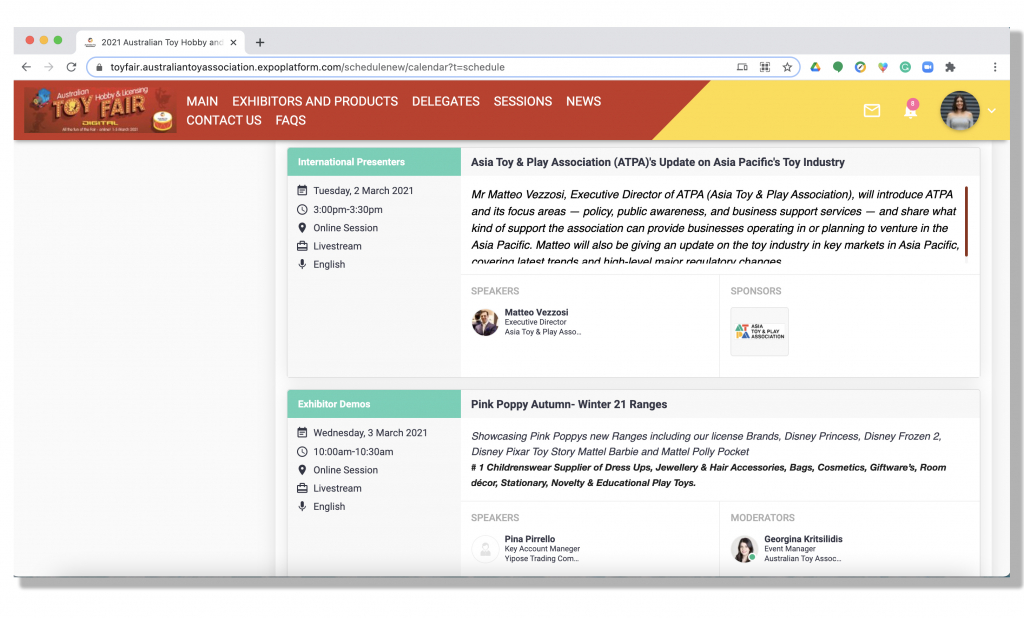 The client perspective:
Georgina says the digital event saw a higher uptake from attendees who would normally have to travel further to attend the physical event in Melbourne.

A mix of sponsor and educational sessions were also introduced for the first time in the virtual space and Georgina thinks they will carry the success of those into the next physical event, which, after their experience with Sprintr this year, is likely to have a hybrid element.

“ExpoPlatform and Sprintr really provided…what we needed in addition to some nice little extras that we thought would work really well with our event,” says Georgina.

“The team was so great. Chris was really easy to deal with in the lead up when we were sourcing the platform and then the ‘onsite’ operations team were great as well – they were all very helpful.”